Tucker spent a goodly portion of his early life in a kennel, living outdoors in Iowa year-round. He had the soul of the champion, but to the woman who bought him from a California breeder, that wasn’t enough. He won a few ribbons, but once he stopped winning, she viewed him as a bad investment. Out in the kennel he went, in sun and snow.

Welsh Springer Spaniels are, as the American Kennel Club describes them, a “velcro breed” meaning they stick pretty close to their humans. For a dog like Tucker, there was no worse punishment than depriving him of his companion by banishment to a kennel outside.

That’s where Kathleen Johnson found him. Lucky for Tucker, Kathleen had a young Springer Spaniel – a “wild” girl – and she thought maybe a male would calm down her young girl. She called her breeder, who said she had placed a puppy in Iowa a few years ago but was worried about Tucker’s well-being.

Kathleen called Tucker’s owner, who told her to come up to meet Tucker. Kathleen met the 63-pound red-and-white spaniel. On the last day of her visit, the woman brought Tucker to Kathleen’s hotel room. She left Tucker there without so much as a goodbye to her dog.

Tucker didn’t so much as look up when she left. He’s been by Kathleen’s side ever since.

“It was like he knew he was free,” Kathleen says. Tucker was four years old.

Eight years later, Tucker has a new life. It was a few years before Kathleen and her husband realized Tucker’s full potential.

“We would garden in the backyard, all he would do is pace back and forth,” like he was still in a kennel, Kathleen says. No matter. They just knew they loved him; the rest came later. On a driving trip, they stopped in St. Augustine.

“There were a bunch of classes on field trips, and the kids converged on Tucker,” Kathleen remembers. Her other puppy – the “wild child” – cowered behind Kathleen, but Tucker had found his element, mingling with the kids and loving every minute of it. At a dog show, they saw a sign advertising a group testing dogs for therapy potential. Kathleen paid her $15 and had Tucker tested. People pretended to have Alzheimer’s and wandered around; others hobbled on crutches. Still others used either wheelchairs and walkers to weave around Tucker. Finally, the test proctors told Kathleen to go hide and, if Tucker showed no more than “mild distress,” he would have cleared every hurdle.

Tucker, once a caged and forgotten show dog, passed with flying colors.

Today, the relaxed senior citizen divides his days between visiting sick children and letting other kids read to him. He grabs dog naps where he can.

“He’s not exactly energetic,” Kathleen says as Tucker drifts off to sleep at the St. Pete Beach library. Nonetheless, he gets around.

Wednesdays he visits sick children – and often adults – at Bayfront and All Children’s hospitals. For the past six years he’s also visited families at the Ronald McDonald House.

In his tenure as a therapy dog, Tucker has helped kids who just needed a furry paw to hold. He’s also played a crucial role in helping some kids come out of comas.

One such case was the boy who neglected to buckle his helmet before showing a friend a skateboard trick. Things went badly from there – very badly – and he lay in a coma at All Children’s when his mother insisted that Tucker visit and get in his bed. His mom would take his hand and make it pet Tucker. By Tucker’s third visit, the teen started moving his hand ever-so-slightly. Soon he struggled to move his hand on his own down Tucker’s body. Ultimately, he came out of his coma.

Every Thursday Tucker helps kids read. Kids who struggle with reading may be embarrassed to read in front of classmates, but it’s nothing to read to Tucker. He doesn’t laugh when they mispronounce a word. He just looks at them over his speckled nose and lets them work out the word on their own. Therapy dogs like Tucker help uncertain readers gain confidence, librarian Mary Jane Hyatt says.

“He doesn’t judge,” she explains. Kids who might be embarrassed to make a mistake when reading to their classmates know that Tucker won’t make fun of them if they get a word wrong.”

“She was so excited because she used to have the children read to stuffed animals. She knew there would be much more excitement over reading to Tucker. She wouldn’t let me out of the library without signing me up,” Kathleen says.

On this particular Thursday, Skylar Didio sits next to Tucker and reads him “Are You My Mother?”

“This is one of those books she won’t even read to me, but she’ll read it to the dog,” her mom Sharon says. Mrs. Didio drives from Tierra Verde so Skylar can read to Tucker.

“She had a good foundation, but Tucker put it all together,” she says.

The moms line up to praise Tucker, one after another telling stories of how sturdy, big-pawed, red and cream dog who failed at being a show dog has changed their children’s life.

“Her reading has changed in the five weeks we’ve been here. We went from reading the easy ‘I Can Read’ books to the chapter books,” Martha Parsons says of her daughter Neve’s progress. Sitting in a circle, six-year-old Neve now helps other readers sound out words.

The kids, too, have a sense of accomplishment.

“I read this whole book!” Danford Wilson says. He scoots closer to Tucker, who turns his sleepy eyes up to the six-year-old. “Can I read this one?”

Tucker and his missus, Paige, had five boys a few years ago. Kathleen says she thinks at least one of the puppies will, in time, make an excellent therapy dog. She’s in no hurry to replace Tucker, though.

“He’s very special. There’ll never be another one as calm and intuitive and understanding,” she says as Tucker raises his head and looks at her.

“There will never be another Tucker.”

Tucker is a registered therapy dog. To find out more about your dog helping children or adults, please visit Therapy Dogs International. 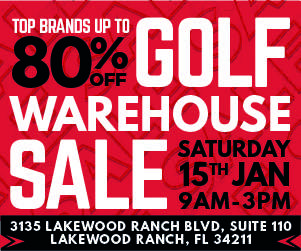 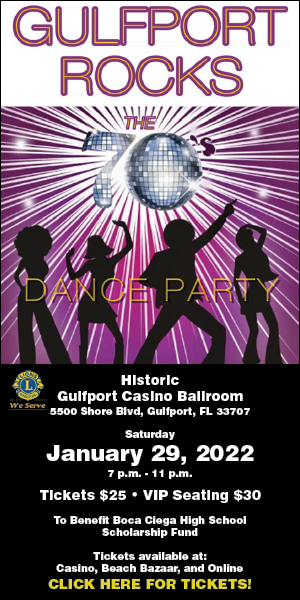