Brian Williams (NBC Nightly Anchor) is a joke. His lying isn’t a joke, however. It’s a serious matter when a supposed journalist actually makes things up to build his own resume, and uses a military experience to do it. He’s not the first journalist to get caught up in making up incidents, or to plagiarizing others’ works, or misrepresent his or her own deeds.

Past examples include Jayson Blair, a New York Times reporter, Stephen Glass, a writer for The New Republic, Janet Cooke, a writer for the Washington Post, Dan Rather who used a forged document to discredit George W. Bush, US Senator Richard Blumenthal (D-Conn.) who said he served in Vietnam when he didn’t, or Hillary Clinton, who said she dodged sniper fire in Bosnia. And, he’s in the company of historians and scientists who deliberately fudged data.

These aren’t opinions or conclusions or interpretations or even witnessing about facts or events. These are things people said they did but didn’t. Most journalists at some point in his or her career will be exposed to dangerous or potentially dangerous situations. It goes with the territory, as they say. It has happened to me. Being there and reporting what happened should be enough. For a journalist to actually make up facts, as Williams did, for self-aggrandizement and to build a resume should be a fatal blow to his career no matter what the rationale.

There are journalists out there now who expose themselves to imminent danger. Nicholas Kristoff come to mind; so does Graeme Wood. So do the journalists (and this particularly includes photographers) who have been

beheaded by the religious fanatics of ISIS, and the hundreds who have been killed or injured covering wars, riots and uprisings all over the world. Those are tellers of real stories and real events.

While Williams talked about the harrowing experience of being a passenger in a helicopter hit by gunfire or looking down the barrel of a rocket launcher or being mugged in a stairway during Katrina (none of which occurred), I look back to the stories of World War II foreign correspondent Ernie Pyle who covered both European and Pacific theaters of that war and was shot and killed on Okinawa in 1945.

The Tampa Bay Times and its affiliate, the Beach Beacon, republished some of those articles in May of last year, nearly 70 years after his death. Here are some excerpts from his column from Normandy, June 12, 1944:

“Due to a last minute alteration in the arrangements, I didn’t arrive on the beachhead until the morning after D-Day, after our first wave of assault troops had hit the shore.

“By the time we got there the beaches had been taken and fighting had moved a couple of miles inland. All that remained was some sniping and artillery fire….” He goes on to describe the dead bodies, wrecked equipment, and personal items he saw along he beach. He does not say he dodged bullets and bombs though he probably did. The area wasn’t totally secure. Then he describes in detail the obstacles, not including the bullets and bombs, the soldiers had go through to get a small foothold on that beach.

He writes: “You can still see the foxholes they dug at the very edge of the water, in the sand, and the small jumbled rocks that form part of the beach. Medical corpsman attended the wounded as best they could. Men were killed as they stepped out of landing craft. An officer whom I knew got a bullet through the head just as the door of his landing craft was let down. Some men drowned.”

Contrast that writing and those experiences with the carefully orchestrated “on-the-scenes” that the talking heads who venture out of New York go through. Some do risk their lives in going to dangerous places to bring you the news, but it’s usually the average reporter and photographer who are out there, down and dirty and frightened, but who bring you information you need to know.

They don’t embellish what they experience and you can bet they don’t get $10 million a year to do it.

Somethin’ on My Mind is an opinion column written by Bill Northrop. It does not necessarily reflect the opinions of Gabber publishers, staff or advertisers. 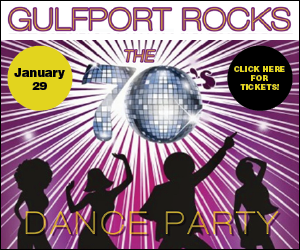