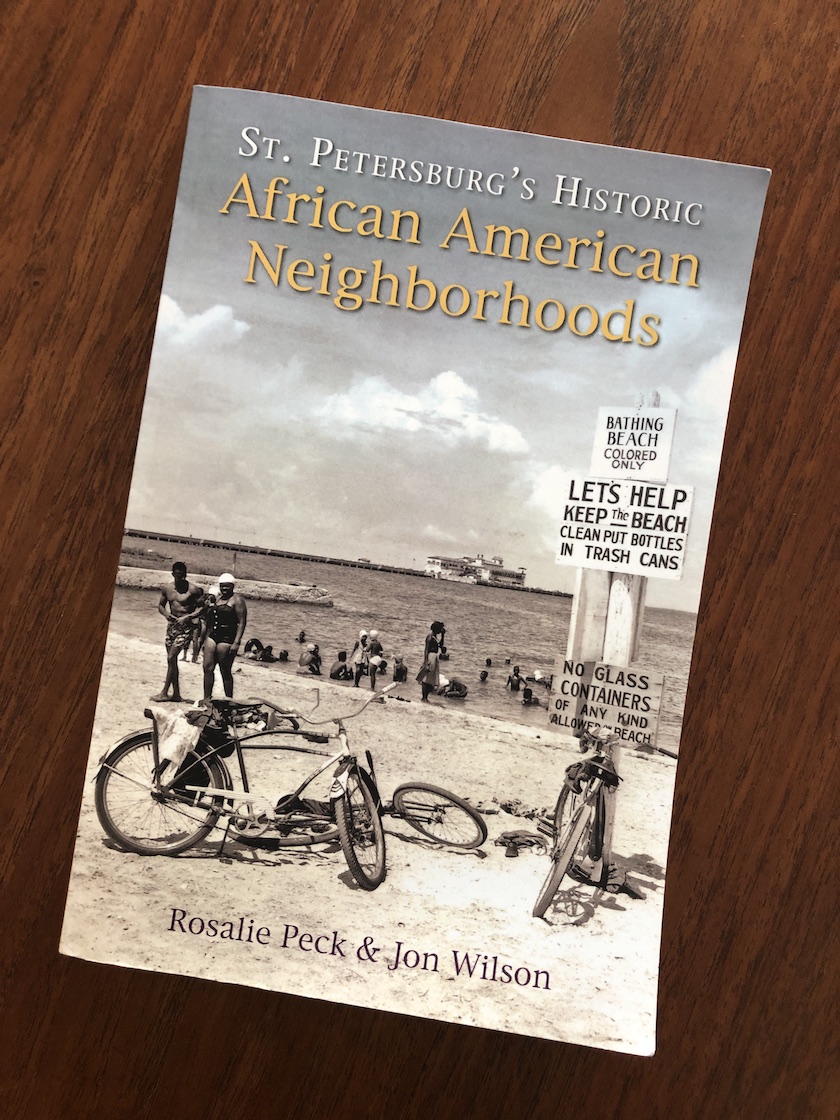 “A people without knowledge of their past history, origin, and culture,” wrote Marcus Garvey, “is like a tree without roots.”

Peck, who passed away in 2009, was a local poet and Executive Editor of The Weekly Challenger who grew up in St. Petersburg during the height of Jim Crow. She was one of two Black students who integrated all-white St. Petersburg Junior College in 1961. Wilson, who logged 36 years with The St. Petersburg Times, grew up in a segregated St. Petersburg, and recalls having never spoken to a person of color until he joined the U.S. Army at 21.

Peck and Wilson put their considerable wordpower to use, creating richly detailed chronicles of life in Methodist Town, Gas Plant, 22nd Street South (the Deuces), and other historically Black neighborhoods that formed because of Jim Crow, and flourished in spite of it.

These histories provide a timeline of Black history in South Pinellas, a directory of Black businesses and churches, and a multitude of photographs documenting life in the neighborhoods. But where they really shine is in capturing cherished community stories: important places like the Manhattan Casino and important people – including the teachers, preachers, parents and professionals – that sustained their neighborhoods.

The books are all the more poignant because many of these once-vital neighborhoods have been radically altered by urban redevelopment. The authors note, for instance, that the construction of Tropicana Field atop the old Gas Plant neighborhood resulted in the relocation (or closure) of nine churches, 30 businesses, and more than  500 households. Reconstructing this shattered history was a labor of love, involving deep dives into the archives of local newspapers as well as the City of St. Petersburg, assistance from USF-St. Petersburg faculty, and contributions of family photographs, interviews, and memories from dozens of St. Pete residents. This painstaking process reflects a larger truth about Black history, which for generations has been unevenly documented, or entirely left out of official records. As local historian Gwendolyn Reese recently put it: “If you don’t research and look for it, if it’s not important to you, you won’t find it. That’s why Jon and Rosalie’s books are so important.”

Reading Peck and Wilson’s books is a wonderful way to mark Black History Month, weaving the triumphs and the struggles of Black residents who helped to build St. Petersburg through the familiar tales of sunshine and green benches. So is walking the African-American Heritage Trails that run along 22nd Street South and 9th Avenue South, or visiting the Dr. Carter G. Woodson Museum of African American History.

After all, if our tree is to thrive, we need to nurture all of its roots.