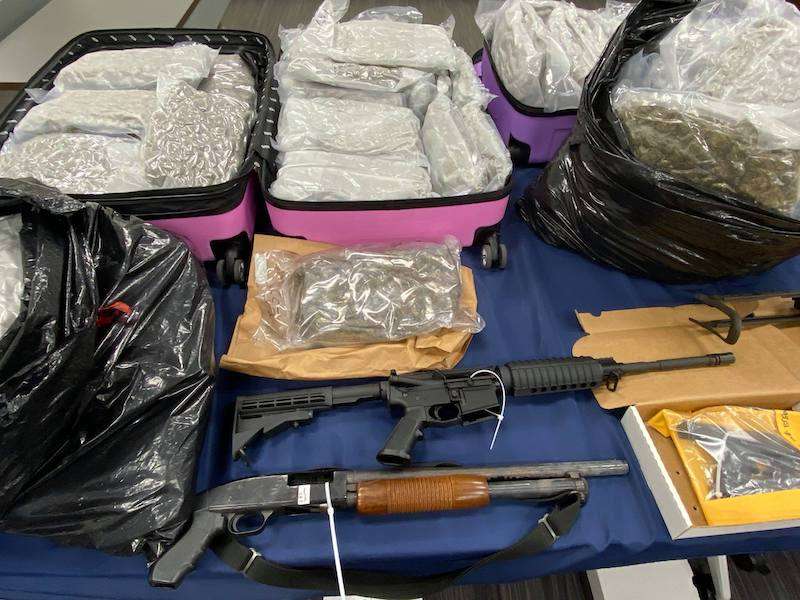 Cops confiscated 127 pounds of marijuana, eight pounds of cocaine and 286 grams of fentanyl in the raids on four homes on Monday, Nov. 1. St. Pete Police also confiscated seven guns, Holloway said. One of the guns was linked to an alleged vehicle burglary.

The investigation started in February and centered on the ring based out of the Childs Park area near 49th St. S. and 15th Ave. S.

“Through diligent detective and undercover work, they learned a group from the Childs Park neighborhood was involved in extensive drug sales and was moving large quantities of marijuana and cocaine in St. Petersburg and throughout Pinellas County,” Holloway said in a statement.

Holloway said drug dealing is often linked to violent crimes and shootings across the city and county.

“This is not just about getting some pot off the street. This is about having a significant impact on stopping the violence in our community,” Holloway said.

Defendants face drug dealing, guns, money laundering and other charges. Police said they could make more arrests as part of the investigation.

One of the suspects, 22-year old Le’Rodrick Brister, also faces attempted murder and shooting from a vehicle charges, according to police.